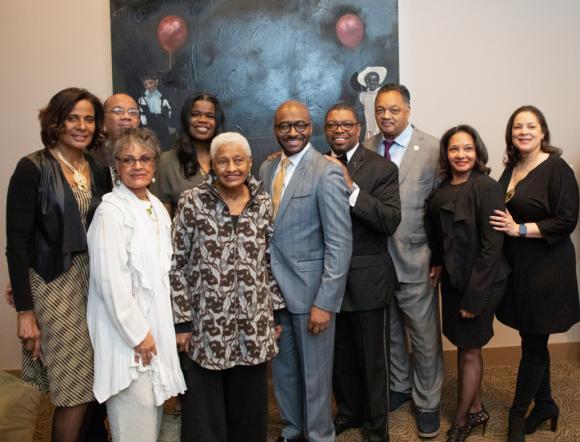 CHICAGO - In recognition of African American History Month, Cook County State’s Attorney Kimberly Foxx presented the office’s C.F. Stradford awards to four individuals who have made contributions to the African American community through their professional lives.

“Each honoree embodies the legacy of C.F. Stradford,” said State’s Attorney Foxx. “Their individual achievements, personal sacrifice and efforts are intentional and impactful - empowering communities here in Chicago and across the nation.”

The C.F. Stradford Award is named for Cornelius Francis Stradford, a pioneer in the legal community and co-founder of the Cook County Bar Association and the National Bar Association.

The ceremony was held February 28, 2019 at the Parkway Ballroom in Chicago