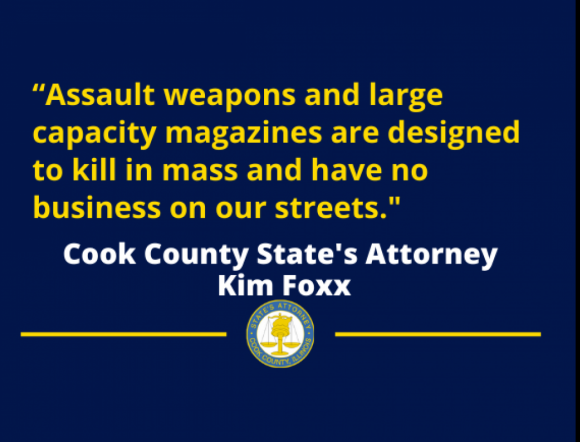 Today, the Seventh U.S. Circuit Court of Appeals announced its decision in the case Wilson v. Cook County, et al. handing the Cook County State’s Attorney’s Office (CCSAO) a big win in their ongoing fight to protect residents from gun violence. The Illinois State Rifle Association backed a challenge to a long-standing Cook County ordinance banning the possession, use, or sale of assault weapons and large capacity magazines, claiming the regulation violated the Second Amendment. The CCSAO’s Civil Actions Bureau beat back the challenge, arguing that the ordinance furthered a substantial government interest in protecting Cook County residents from the threat of mass casualty posed by semi-automatic assault weapons and related accessories.

“Assault weapons and large capacity magazines are designed to kill in mass and have no business on our streets,” said State’s Attorney Kimberly Foxx. “Public safety is our top priority, and we were proud to defeat the gun lobby’s challenge in court. While we are pleased with today’s decision, we anticipate that this will be appealed to the Supreme Court. If it is, we will be ready.”